Looking for fun drinking dice game to play with friends on game night? To make parties and game night more unique and exciting, dice games and drinks are a perfect way to spice things up quickly.

If you are looking for ways to loosen up and have some fun, choose dice games that do not require much strategy and seriousness. Let the dice roll and throw caution to the wind with games of chance.

The best drinking dice games to play in party are:

Drinking dice games are social drinking occasion. These games are played based on determining the quantity and frequency of alcohol consumed by simply rolling the dice.

With some dice and fun loving friends, family and acquaintances, you can make memorable moments.

In this article, we are going to share how to play drinking dice games along with sharing tips to make the gameplay more exciting. Listed below are the 6 best drinking games for you to try, but be aware to keep an eye on your consumption without overdoing it.

How do you play a dice drinking game?

When inviting friends over for a party and drinks, playing board games, card games or dice games along with drinking adds up to some unique moments at the party. Tabletop games adds to the social connections and fun with others.

Rule-based games where dice rolling determines the alcohol frequency and quantity consumed can make for a wild time together.

Some are table-based, while some can be without a table. Other games involve dice rolling in an opponent’s cup while some involve customized dice with instructions on the dice and you perform as per what’s written on the dice.

Drinking games with dice offer loads of benefits. From socializing to just having fun, there are obviously entertainment side.

However, it can also contribute to a healthy competitive level, bonding experience as teamwork and enhanced hand-eye coordination. With the right dice games, there is plenty that you can enjoy with your favorite drink. 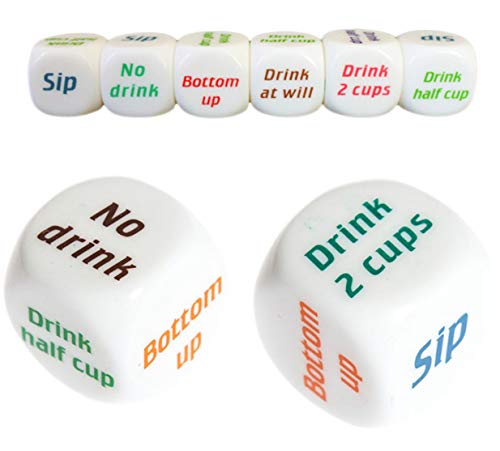 This party drinking dice game includes one quality customized dice that makes the players undergo the game consequences.  Each side of dice indicates funny actions to take including sip, no drink, bottom up, drink at will, drink 2 cups, drink half cup and more. Use these dice at a party to make your party more creative and an interesting atmosphere that gets the drinks flowing. Key features:

The game provides two dice, however you only use one dice for each round.

For any size party, this dice game is so easy and simple that does not require much learning. Simply roll the dice and follow the direction to see who stays alive in this game! 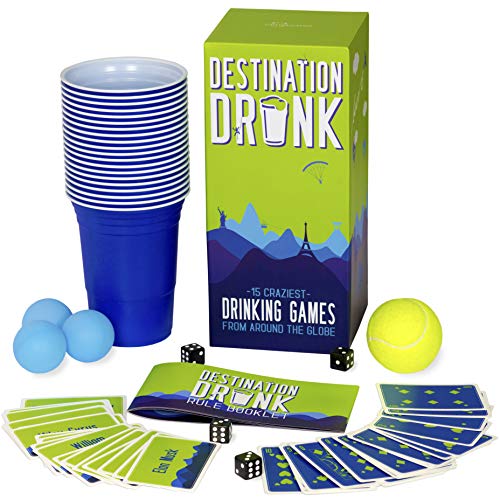 Destination Drink is a set of 15 games from all over the world.  It introduces you to over a dozen drinking cultures worldwide. If you are looking for something different to play while drinking, this is the right dice game to try. The games included: Key Features

If you have been bored playing beer pong all the time, try to shake up the party to play these historical boozy party games with dice. From Japan to Germany, you’ll find out the world’s oldest drinking game to have fun and learn something new. 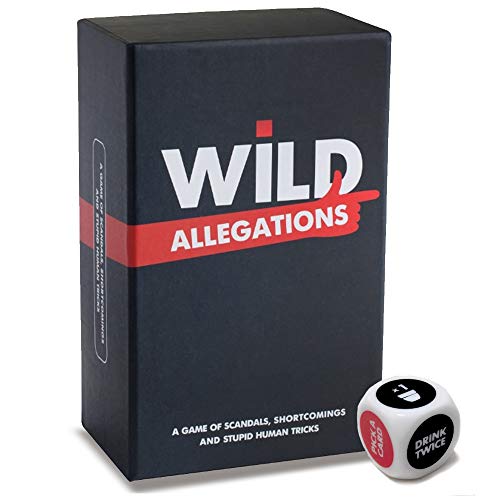 Wild Allegations is a drinking dice game of shortcomings, stupid human tricks, and scandals.  It is an adult party game that can be made into drinking game by replacing a Mission Card for rolling the dice. This game has untrue accusations, celebrities becoming wild due to accusations, and unnecessary attention they are getting. Key features:

It is the best party dice game full of nonsense and laughter. With this game, you get to know about the players a lot more, and realize their talents and shortcomings.

This game will make the party a night to remember with funny moments to catch up and a gathering worth of a memory. It is a party game for adults with dirty habits and hilarious moments. 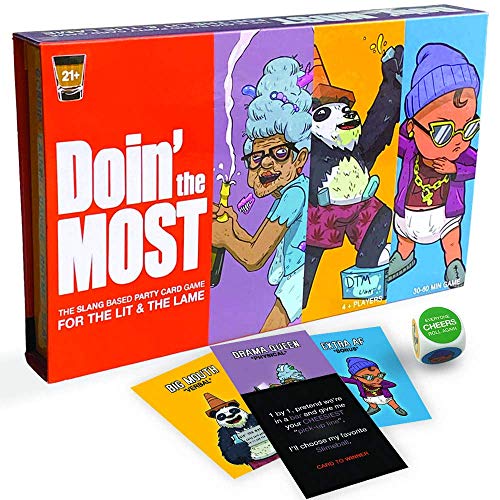 Doin’ the Most is a game that has funny setups without any stupid cards that are pre-written, but has a highlighted slang word.  From awkward dancing to brain teasers that you will get to learn, remember, and create funny slang along the way.

It comes with a deluxe sized game box, cool bonus sticker, DTM dice and connects both drinking and non-drinking players. Perfect adult party drinking game, however note that there could be stoned, explicit language and adult activities involved.

In order to play the dice game Doin’ the Most, each player competes in physical or verbal challenges to impress the rotating “Shot Caller”.

The player who get five cards wins, while the losing players drinks. It has limitless potential for replay in any settings from game night to playing with your spouse. 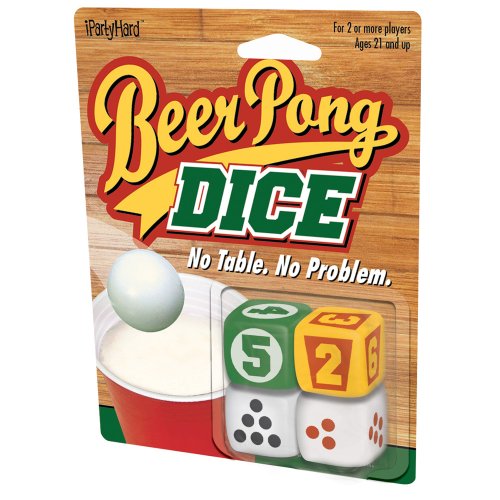 This is the most famous drinking game without needing a table.  It comprises of drinking commands of finishing with four dice. Also, can play this game with 2 or 4 players and build up to large tournaments. Key features:

To enjoy the Beer Pong Dice, each player or team rolls the dice up to 5 times to get a doublet.

The objective of this game is to mark the “cup” as a hit by turning other dice successfully. First player who hits all the cups wins. 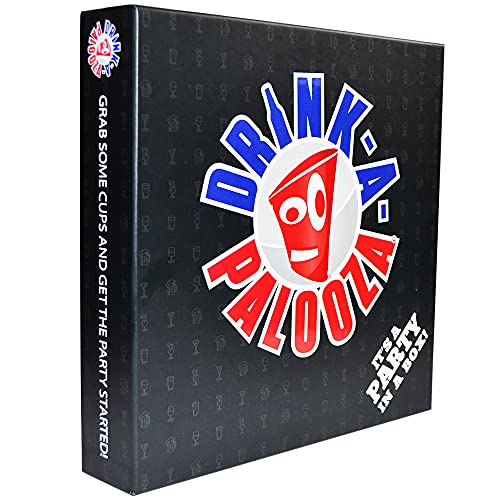 Drink-A-Palooza is a party starter and recommended drinking game for adults.  It combines the skill of flipping a cup, skills of quarters, and beer pong all into one. If you are gamer and like to party, this top-rated board and dice game is a winner! Key features:

Simply start the game by spinning the Bottle spinner to pick who goes first. Select the house rules such as drinking for sips or seconds and six pack game piece to roll the dice.

Move clockwise around the board. The player who collects mini-bottles for six-packs wins.

Adding your favorite beer or wine, makes any game night more fun with a quick way to loosen up the environment.

If you are looking for easy, no strategy required gameplay, dice games are the right choice for your group. Select thesebest drinking dice gamethat suits your party theme and your friend circle.

By playing drinking dice games, there are many advantages other than entertainment side. It helps to add social connection, create positive competition, bond, and physical coordination while playing these games.

If you only know beer pong or flip cup as drinking games, add these dice games for drinking to have fun while partying along. This way you connect with entertainment, but also ensure you are not going overboard by having the appropriate amount without going overboard.