Creature cards in the MTG deck represent Warriors, Beast, Monsters, and Minions that generally fight on behalf of a player on the battlefield.

What is the strongest creature in Magic the Gathering? All the creatures can attack in each turn to reduce the opponent’s life and also block the opponent attackers. The stronger the creature, the better the attack and the blocks provided for the player.

The best powerful and strongest creature cards in Magic the Gathering are:

The Magic the Gathering is a game filled with spells, artifacts, and powerful creatures. It is a trading card game that allows a player to draw all these cards simultaneously to battle against each other in the arena.

To help improve your MTG gameplay, we’ve investigated the most powerful color symbols, strongest deck and hardest creatures to kill, so you will have clear idea how to plan your game ahead. Answered below are frequently asked questions about the strongest creatures in Magic so that you can ride your way to a victory in the next game.

What is the most powerful color in Magic?

Most of the deck formats are built up with the five color including white, blue, black, red, and green. Each color represents power and action that will indicate creature, spell, and artifacts.

Color blue is described by its knowledge and intellectualism, which gives it the signature of allowing a player to draw cards, and get the most of the manipulative cards.

It also has the superior willpower associated with the desire for control in the MTG game, which is evident in the counter magic through the cancelation of any attempted action from the opponent player.

The color makes counter magic feel overpowered when removing spells of other colors, making it block any card even before entering the battlefield. However, the player in blue must react immediately when a spell is cast.

Note, the blue color is not 100% effective even though it is regarded as the most powerful color in the MTG since it cannot destroy enemy creatures entirely.

However, it counters them before even entering the play arena by permanently controlling the magic, so it steals the opponent creatures and spells.

What is the most overpowered Magic card?

The Black Lotus is the most overpowered magic card in an MTG game. The card is also known as the rarest Magic card and has the high in value compared to any other.

It’s the only card that can fit literally to any deck and make the deck benefit without necessarily changing the rest of the cards.

Even though players may have their preferences, the truth is there isn’t any card to contest with Black Lotus. The card remains the best card throughout the history of the MTG game.

The reason why the Black Lotus card is the most expensive amongst the power nine cards. The card allows the player to get three Mana of any color which cost only one card as the sacrifice with no cost during the play.

What is the strongest Magic the Gathering deck

The Grixis Control is the most powerful MTG deck according to the 2020 release. This card has a blue, red, and black color combo, which is a threat to reckon with.

The deck has powerful killing abilities of black or the elusive ingenuity of blue. In addition, it boasts the aggressiveness and ferocity brought in by the red.

The new Core set contains this deck with some existing cards. This deck has a sideboard that provides useful tech cards to the player from the set, including fry and Graddigger’s cage.

A creature with power 2 can enter the battlefield under your control, in which you can gain an experience counter called 2 drop creatures.

However, when purchasing 2 power creatures with the correct information, the process can be time-consuming.

Emrakul, the Aeons Torn, is the strongest creature in Magic the Gathering game. It is the mother of all the Eldrazi cards.

It has 15 powers, with all the powers having equal toughness at a high level. In addition, the creature has several effects such as protection of the process of coloring the spell, flying, and annihilator ability that always allows the player to force the opponent player to sacrifice permanents while the player is attacking.

The opponent cannot counter the creature, and it allows its wielder to have an extra turn when it summons, which ensures at least one strike.

Suppose that is not enough when the opposing player manages to place the graveyard. In that case, the creature player gets a chance to shuffle their entire graveyard to retreat into their library. Thus, the powerhouse becomes an endless threat. 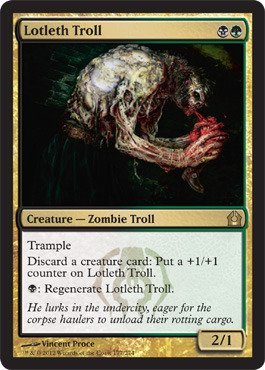 The creature card is not only a player that can regenerate, but the player can chuck creature cards to it for permanent buff when a player is tapped put on mana. 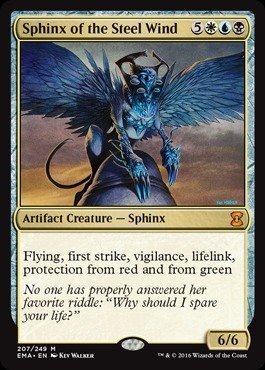 Sphinx of The Steel Wind

It avoids black removal by making itself both an artifact and a black creature. 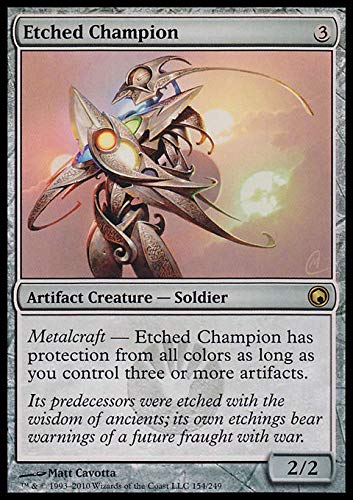 It has protection from all colors as long as you control three or more artifacts. 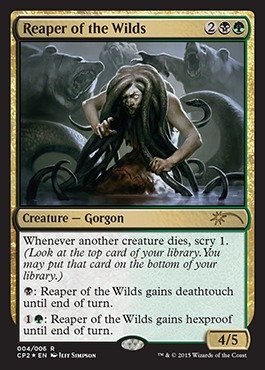 Reaper of The Wilds

Offer power 4 out of 5 and if it dies at the same time as another creature, it will trigger the other creature and you won’t scry. 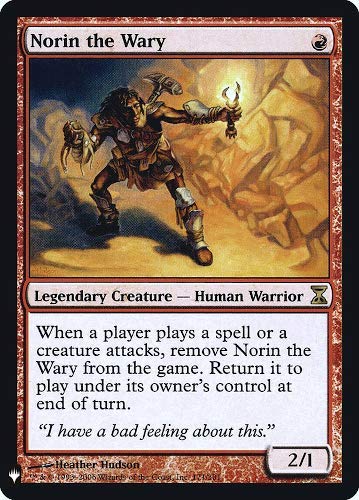 When opponent attacks or cast a spell, Norin the Wary exiles. It returns to the battlefield under its owner’s control at the beginning of the next end step. 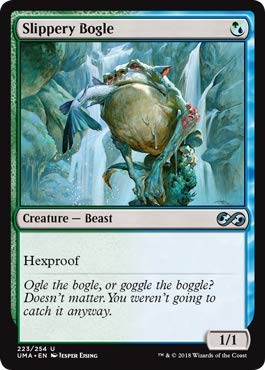 This creature cannot become the target of spells or abilities to the another player’s control. 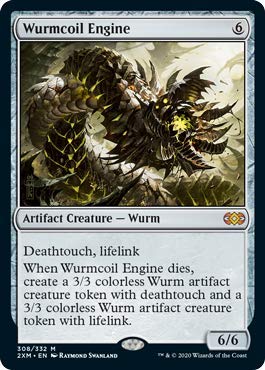 It is good deck like Mono Blue that beat sticks to make a clock on the opponent. 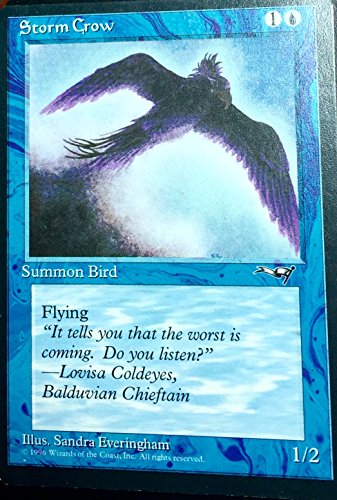 This creature can’t be blocked except by creatures with flying or reach. 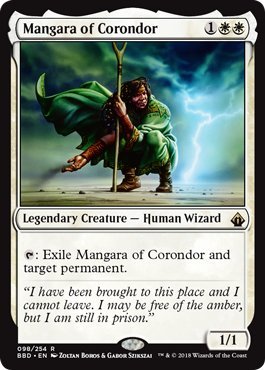 Even Mangara leaves the battlefield before it gets resolved, Mangara won’t be exiled from the zone but the target permanent is still skilled. 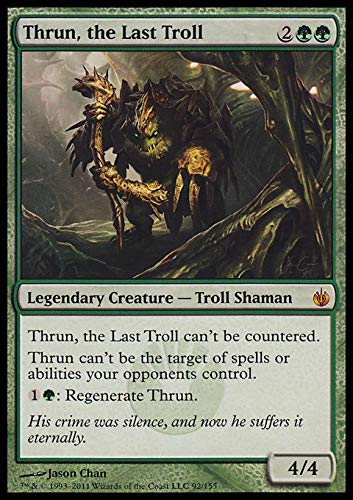 This creature is wise and knowledgeable since it is one of the last surviving Mirrans. 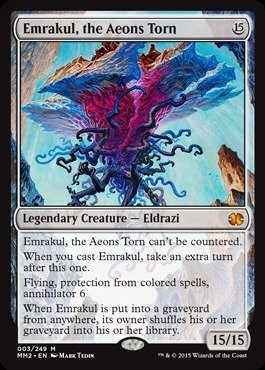 The only way to kill it is through board wipe since a player can't counter it.

Building a deck to play Magic the Gathering is important stepping stone to fully enjoying the game. Knowing and understanding the strongest creature will help your journey in this gameplay.

The stronger creature cards you own, the better you can be able to attack, counter and block the opponent.

Each card represents power, description, and number. Identifying the color is essential to look for the most powerful creature.

The most powerful color in Magic is blue. It has the ability to block cards before entering the battlefield and get the most out of other manipulative cards.

The most extreme power Magic card is the Black Lotus. This is an extremely rare and valuable card that also contains the most power among the nine cards, and it allows the player to obtain three mana of any color without any cost.

There are other strong cards in the MTG deck including the Grixis Control. It is color combination of blue, red, and black.

When collecting the strongest creatures in Magic, know the 2 drop creatures that help the battlefield. They can enter under your monitor to increase your experience.

The strongest creatures are also hardest creature to kill and deal significant damage to the opponent. Review the number system on the card to find out the power and toughness to bring massive damage to the areas and fully enjoy the Magic the Gathering card game.