Looking for an easy way to start playing Magic the Gathering card game? As a beginner, it is smart idea to learn the basic rules and select the best starter deck to make it simple and easy to understand the game flow.

If a player wants to join Magic in the Gathering, build a beginner deck to gain foundation and customize as you learn strategies that work well for winning.

These decks make it easy for a beginner by providing cards such as Chandra’s Magmutt-foil, Commander’s Sphere, Demons of Loathing, Plain’s foil, Underworld Dreams, Niv-Mizzet, Parun, Garruk, Primal Hunter, and Garruk’s Gorehorn foil which are less overwhelming, especially for a beginner player.

If you are a newbie and would like to know more about different card decks to play Magic with others, you are in he right place. From color options to properly building a Magic deck as beginner, we’ve got you covered with answers to frequently asked questions that will help you out. Let’s get started!

What is the best color deck for Magic?

The best color deck varies depending on the preferences, the strategic plan of the player, and slightly on luck. The color of the deck really matters for the style you enjoy playing, but it really doesn’t matter that much.

The player can easily play with a mono-red deck, blue, green, or white. But the blue color is considered the de-facto color in the MTG deck since it can allow many card draws and the tendency to counter a variety of spells.

Black is also a strong color for a MTG deck, but a player is forced to sacrifice a lot. Black remains the only realistic monochromatic color.

When it comes to white color, the white is more dominant when played against black, especially when it comes to the point of unfairness, and paradoxically. The white deck has the strongest board wipe cards, land tax, and wrath of God, which serve the purpose in defeating the opponent.

The blue color becomes the best since it synergies with black and white color decks, which are also the best in the MTG cards. In addition, blue colors intimidate the opponent since it allows many permission cards.

The color deck can get off the ground and knock off the opponent dead even before responding properly.

Red is also fun because a player can burn the opponent at anytime. Other players may consider mono-green since it makes the creatures big and allows a player to engage many creatures.

When a player synergies blue and black colors together, they form a very strong combo that allows the player to play the long game by giving more answers to the threats. As a result, giving the opponent a very hard time to try to stop advancement by destroying them in the field. 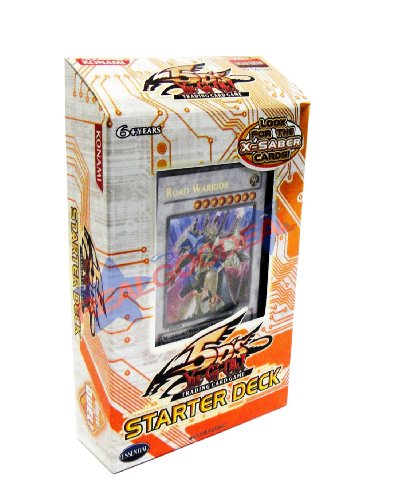 The deck contains cards used in Yusei Fudo, which assist that beginner player with the new mechanic of synchro summoning. Again, the deck contains most of the fantastic staple cards such as exiled force and lighting vortex. 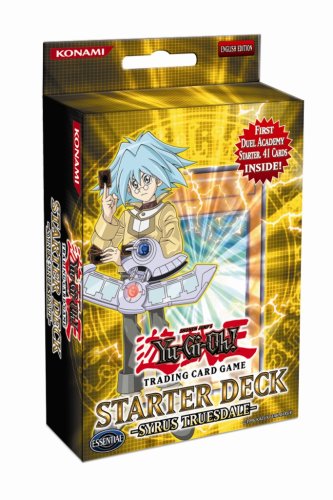 Despite the fact it doesn't provide much when the Monster line-up is a concern, the starter deck provides spell and trap card line-ups that are advantageous to a beginner.

The deck still has some cards used to update like Sakuretsu Armor. 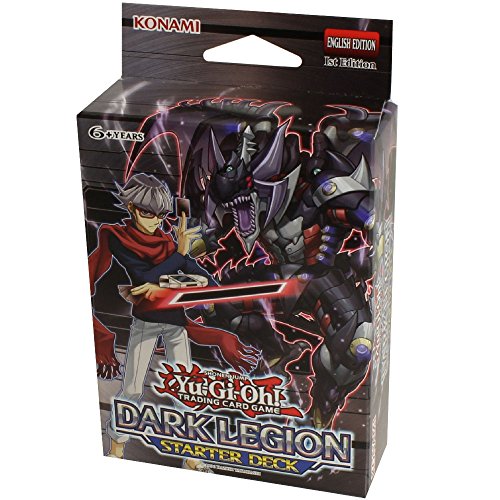 The deck has only three unusable normal monsters. It has a crucial card called the Dragon King Pendragon, which has the special ability to summon conditions.

In addition, it has powers to destroy the spell and traps cards while boosting the ability to attack. 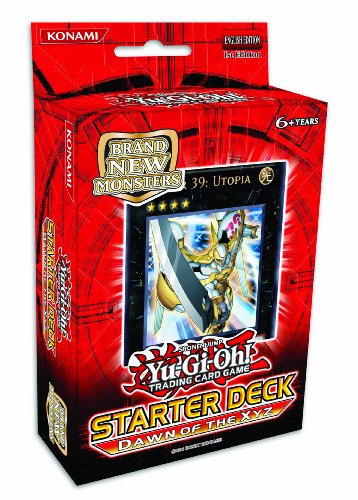 Dawn of The XYZ

The deck has staple cards such as Dust Tornado, The Warrior Returning Alive, and Raigeki Break, making the gameplay fantastic. The deck also serves as a starting off point when it comes to Xyz summoning. 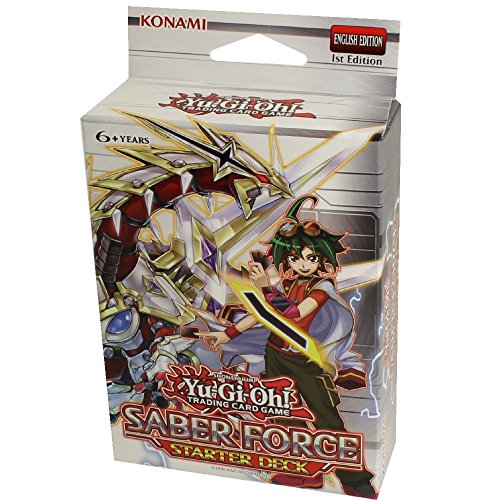 The deck provides useful cards such as Saber Dragon, which allows special summoning and build-up advantage effects. The card can destroy the opponent's monster in a battle.

Again, the Saber Dragon comes with spell and trap ability cards such as Dust Tornado and Dark Hole. 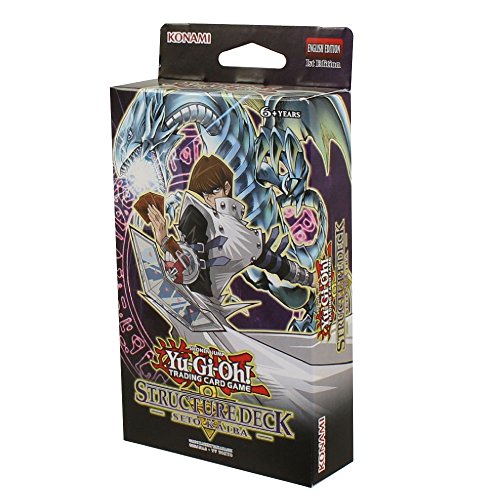 It’s a deck built into two strategies, one being attributed to summon the blue-white Dragon and the other meant to summon the monsters. The deck is purposely designed to summon and maintain monster cards in the player's hand. 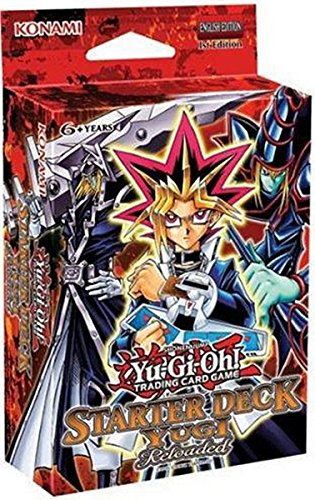 The deck is designed for two purposes: to utilize spell cards and counter in the deck. 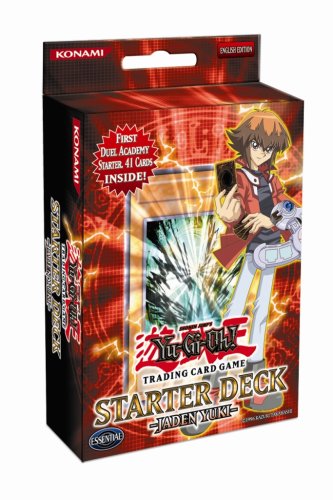 The deck is built with two fundamental strategies that work regardless of the opponent deck composition. 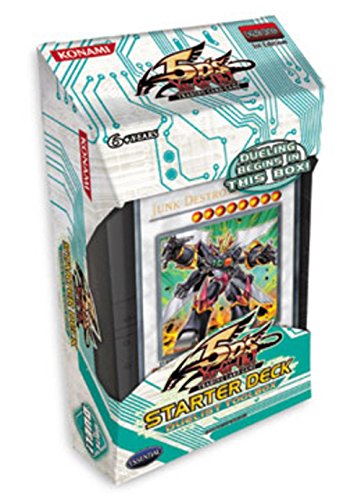 The deck is built using the concept of synchro summoning. They are designed specifically to summon powerful Destroyer Monsters. 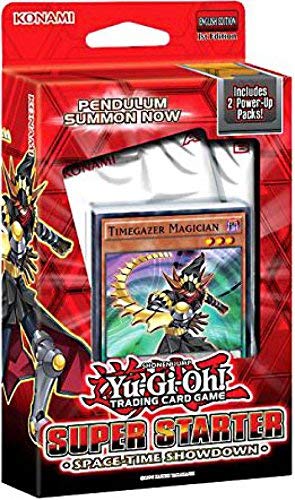 The deck is designed to take advantage of the pendulum summon system. Great way to advance skills to the next level. 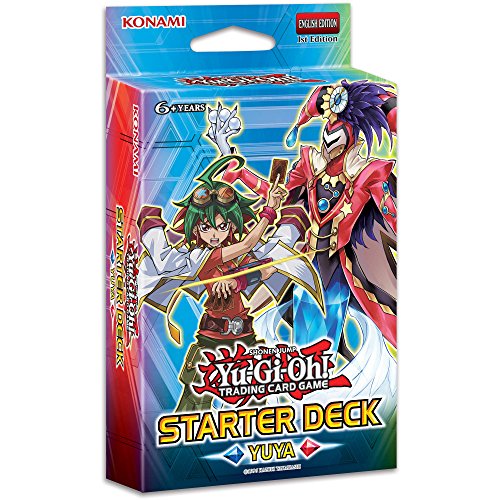 The deck is designed to help the starter players learn how to use the pendulum summon system. Great for beginner gameplay.

Depending on the opponent’s hand, Magic the Gathering requires different decks for each type of strategy. As a beginner, preparing the best starter deck is highly recommended to give you an advantage in the initial gameplay.

There exist so many decks and kits that a player can buy to get started playing Magic the Gathering. But the best way to learn the game is when players build up their own deck, which is based on the preference of their playing style.

A player starts with bulk cards and booster packs. Your deck needs to consist of at least 60 cards and cannot have more than 4 from basic lands.

Between the rounds, you may swap the cards and have 15 card sideboard.

Each card deck consists of different colors that actually do not matter when playing Magic. The general guideline for starters, the blue color is best selection due to it synergies with black and white to intimidate the other player.

On the other hand, red is also strong card color to allow players to burn the opponent. If you are looking to grow, the mono-green lets the creatures grow big and strong.

The above list of best starter deck may work or not since every gameplay style is wildly different. Review each card action so you know what to expect and if you own one of these decks, go ahead and use it to build a foundation that takes you to victory.